WE TAKE YOU THERE

The New-Aquitaine offers a real diversity and this is not surprising because it is the first region in France by its size. World famous vineyards, natural beauty of the Atlantic coast which is also a paradise for surfers, Basque country with preserved historical traditions and language; our luxury holidays in New-Aquitaine are a reservoir for adventurers and culture eagers.
Lovers of wild nature will be able to follow in the footsteps of the shepherds in the Ossau valley to the lakes of Ayous, come face to face with the Gipaede Barbu in the Irraty forest, surf the Belharra wave near Saint-Jean-de-Luz, kitesurf in the Ile-de-Ré, canoe down the Vezère in the middle of wild landscapes, far from overcrowded aquatic highways; amateurs of gastronomy and wines will be able to hunt trufle, take a cooking class with a Chef in Perigord, sample oysters in Marenne-Oléron before touring the Cognac cellars, the local “eau de vie” distilled and aged in the cellars on the verge of the Charente River, explore the famous Bordeaux Grands-Crus Châteaux or the family vineyards’ savoir-faire of the Irouleguy appellation. The inhabitants of New Aquitaine are avid to share their breathtaking universe with you. Ask our travel specialists.

Stretching from the Gironde estuary to the Spanish border, the natural beauty of the Atlantic coastline is a place of relaxation but also a surfer’s paradise, attracting travelers from all over the world wishing to experience the force of the ocean. The landscapes of mountains, forests, lakes and marshes, dunes with the most spectacular sand dune in Europe: the Dune du Pilat – that we recommend you to climb because the view of the bay of Arachon, the pine forest and the Atlantic Ocean is truly magical – are so varied.

Further south, the Pyrenees range offers sport and relaxation, spiritual and physical well-being and the opportunity for unique encounters whether on the road to the lakes in the heart of the Pyrenees National Park, a corner of paradise where the shepherds, who perpetuate pastoralism, give their soul to these mountains or in the Basque Country, leaned back to the Pyrenees, offering a complete change of scene.

Here, the locals have never given in to outside influences while always being incredibly welcoming. This gave birth to an exhilarating and colorful region, arguably one of the greatest destinations in France for festivities and exoticism: the Basque language Euskara, the exhilarating music of the male choirs, the “pelota” – the king of sport in these regions – countless local festivities like the “Fêtes de Bayonne” or “the Basque force” which pit villages against each other in a celebration of male strength.

Of course, the region offers countless gastronomic delights and know-how: Irouléguy wines, Palombe salami, legendary Espelette peppers, Ossau Iraty cheeses, Bayonne ham, traditional Basque cake. Coming to the Basque Country also means crossing the path of the many pilgrims who reach Saint-Jean-Pied-de-Port on the road to Santiago de Compostela in Spain, a pilgrimage that dates back to the Middle Ages.

For an immersion in history and culture, our private tours can take you to the most unknown part of the Basque Country, attend masquerades in the small villages of the Soule, a traditional ballet or a pelota tournament, before leaving with, in your bag, the most famous of French sandals: the espadrille.

Eagers of heritage and beautiful landscapes will find a multitude of reasons to take great delight in Dordogne, a department blessed by the gods where certain treasures are not revealed at first sight. Known for its medieval bastides built under the kings of France placed on rocky peaks, the innumerable prehistoric caves of Périgord Noir, including the Lascaut cave, make the richness of the department.

From the bustling market of Périgueux to the verdant vineyards of Bergerac, Bordeaux or Saint-Emilion, New-Aquitaine is full of exciting dishes, culinary traditions and famous wines.
Our gastronomic and oenological tours take you truffle hunting in Périgord, in the heart of the sweet white wines of Montbazillac which made the fortune of Bergerac, or in the closest and world-famous capital Bordeaux with its beautiful 18th century facades – some classified a UNESCO World Heritage Site, its innumerable small historic districts full of wine bars and of course its incomparable Châteaux. Oenologists and winegrowers from the most prestigious Grands Crus Classés estates such as Château Margaux, Château d’Estournel and Château Pape Clément but also in smaller and lesser-known châteaux, are all waiting to divulge their generations of knowledge. If the Grands Crus of Château Cheval Blanc or Château Angelus evoke the name of the famous Saint-Emilion vineyard, the village itself, also classified as a world heritage site, unveils its exceptional beauty.

We traveled extensively this part of France, with its airs of end of world, to find out every detail of this breathtaking region drawn by meadows, trees, water and nearly 300 buildings classified as historical monuments among the best preserved in France, punctuating the landscapes.
We flew over the bocage de la Creuse, in the north-east of the department, in the first rays of the sunlight in an atmosphere of the first morning of the world with, as horizon, the volcanoes of Auvergne and the Puy de Sancy that emerges like a diamond to the North.
Far from the aquatic highways overloaded with canoes, we spent time on its rivers which unroll wild landscapes with sometimes, on a rocky peak, the surprising presence of an impressive village. We followed the curves of the Luzège valley kayaking, listed as a UNESCO World Heritage Site as a biosphere reserve, whose water course cuts through the landscape over 250m depth, carving a canyon in a unique setting, as far as the Black Rocks Viaduct, a listed historic monument.

Limousin is a nature destination par excellence which unfolds its wild landscapes and transports us from plateaus to exceptional villages called Curemont, classified among the most beautiful villages in France, Turenne, completely isolated on its rocky ridge, or Boussac and its castle built by a comrade in arms of Joan of Arc, one of the emblems of the region with its hundreds of meters of wall or Uzerche, nicknamed La Perle du Limousin. Our itineraries are the fruit of our curiosity, the contacts we have made and our expertise in creating unique and unbeatable tailor-made trips and experiences.

Steeped in history, traditions and legends, with each monument referring to an era, this land is known for the richness and diversity of its heritage. An expanse of ocean and numerous vineyards, which conceal a thousand curiosities, offer a multitude of astonishing and enchanting landscapes and numerous traditions and know-how to discover.

Here, the sun bathes in a thousand lights churches and abbeys dominated by Romanesque art, the countless castles nestled in the lush greenery, the Cognac vineyards hillsides which have made the reputation of this region thanks to its eau-de-vie distilled and aged in cellars, on the banks of the Charentes, without forgetting the multitude of wild paradises cradled by the sea of the Charentes archipelago.

Between the medieval wonders of Poitiers, nicknamed the city of 100 spiers, the Island of Aix, a small crescent of land that once housed Napoleon I, the splendid Île-de-Ré and its capital, Saint-Martin, a small fortified coastal town of the 17th century, the Poitou-Charentes region will cast a spell on you. Perhaps because of its stone vessels that rise in the sea, the colorful oyster huts of the Marennes-Oléron basin or its surprising cagouilles, these snails that are eaten garnished with a stuffing or in a sauce.

Whether you want to stroll through the cellars of the Cognac houses with an oenologist and witness the manufacturing process of the most famous brandy, paddle in the heart of nature in the channels of the Ile d’Oléron, the 2nd largest island of France and the wildest, let you tell the extraordinary fate of Fort Boyard, built in the middle of the Pertuis sea, picnic on a sandbank in the middle of the ocean or practice sylvotherapy in the Moulière forest, we put our expertise in the region and our passion for France to help you uncover the treasures of this special region in the lap of luxury. Don’t forget: our tailor-made luxury holidays in Poitou-Charentes New-Aquitaine are completely bespoke, tailored to who you are and what you want to do.

We have no fixed itinerary, because at In-Luxe Travel France, true luxury follows no one else but you and combines rarity, knowledge, know-how, intuition. Take these itineraries as simply suggestions for the kind of holiday you might have in New-Aquitaine. 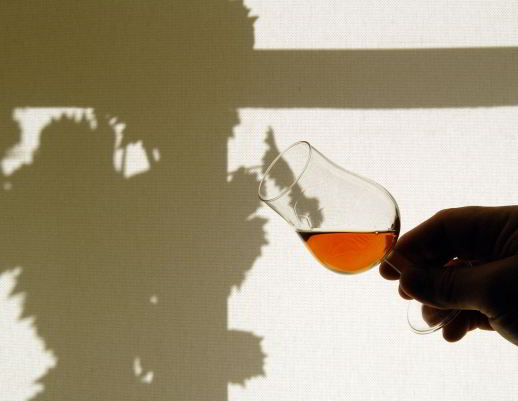 Come to Charente means truly discover the secrets of how Cognac is made, this eau-de-vie which is exported to more than 160 countries worldwide. This bordered region is home to renowned Cognac Houses which have a global reputation, supplied by a large part of some 5900 businesses…

END_OF_DOCUMENT_TOKEN_TO_BE_REPLACED

BORDEAUX: HARVEST AT THE CHATEAU, A UNIQUE EXPERIENCE

We invite all wine lovers, or simply those with a real thirst for new experiences, to discover a whole new dimension in the world of wine. At the gates of Bordeaux, you will have the incredible opportunity of going right into the heart of 2 renowned winemaking estates, while participating in the development of their famous nectars.

What you shouldn’t miss to see and do while traveling to New-Aquitaine.

Five days of celebration which emphasizes the festive traditions of the Basque Country and Gascony offering concerts, Basque pelota parties, cow races in the streets, Basque force, dances, songs, orchestras… Everything is labeled “local tradition”, including the outfit, a strong symbol of adherence to the values ​​of the Fêtes de Bayonne.

The Pic-du-Midi d’Ossau is a mythical summit dominating a corner of paradise in the heart of the Parc National des Pyrenees. A cascade of glacial lakes punctuate the summer pastures populated by herds since the dawn of time. Just a 5-hour hike in the Pyrenees National Park and you reach these breathtaking landscapes.

Admire the medieval castles and villages that delicately dot the Dordogne riverbanks. Discovering history as you fly with the wind is a true exceptional experience.

In Luxe Travel France excells at planning the most refined and inspired travel experiences. Together with our extensive network of local experts, we deliver life-changing trips to you. Get in touch with us.

Fly Into the Heart of Mont-Blanc Massif

Dive into the heart of the majestic Mont-Blanc massif, flirt with the peaks, live for a moment the mountain in its pure state. A once in a lifetime experience !

Explore the high-mountain environment like climbers from accross the world with or without mountaineering and rock climbing experience. We organize your trip to meet your specific needs.

Trek around the Mont Blanc Massif, spend nights in mountain huts to soak up the mountain atmosphere and the local food culture. Learn about the history of the valleys and their people.

Four MOFs (Meilleur Ouvrier de France) and four Michelin-starred chefs to taste the typical dishes of the region and the lake with your feet in the water and your head in the mountains.

LIVE LA DOLCE VITA ON THE "ROLLS-ROYCE OF THE SEAS"

Live a unique experience on the most elegant boat in the world. These “Rolls-Royce of the seas” have always seduced celebrities. Live an unforgettable moment of Dolce Vita through this luxury experience on Annecy Lake.